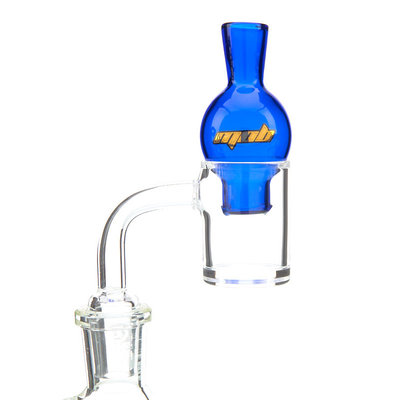 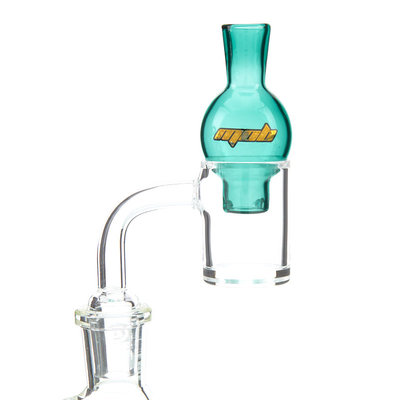 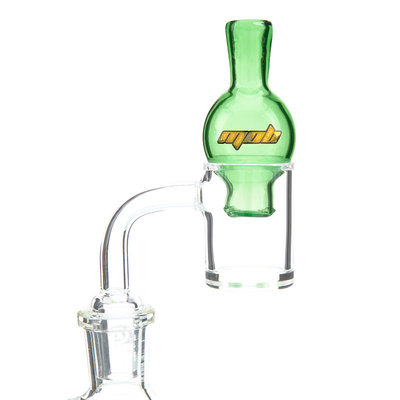 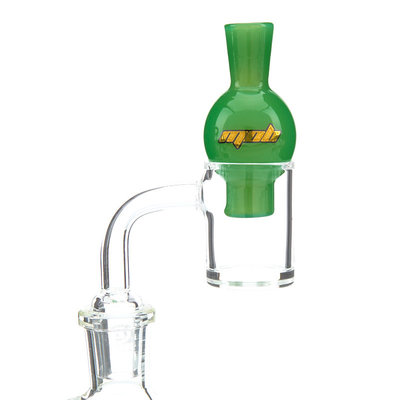 The MOB Spin Tech V1 is the missing element you need for your dabbing experience! Crafted from borosilicate glass, this bubble-style carb cap is made to be the perfect seal for your flat top banger for ultimate concentrate convection. The MOB Spin Tech V1 separates itself from traditional bubble carb caps with its double incision features on its nose to promote excellent airflow during vaporization. As you swirl the Spin Tech V1 on your banger, you’ll notice that your concentrates are vaporizing in the oven of their dreams and will deliver unmatched flavor straight to your taste buds! The MOB Spin Tech V1 is outfitted in solid color design in your choice of 6 outstanding choices. Get the perfect seal for your banger, and witness the magic of scrumptious, potent dabs!