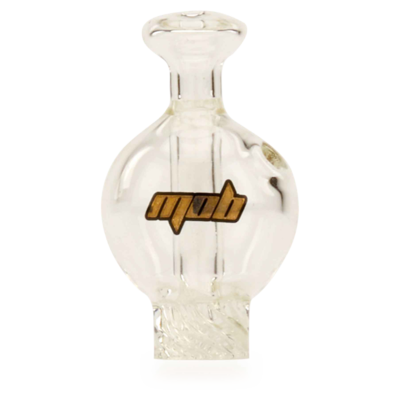 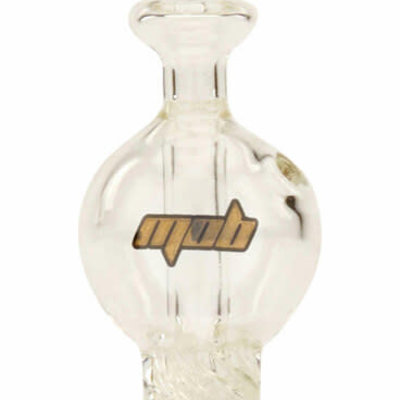 The MOB Glass Spinning Bubble carb cap features twisting jets for a spinning tornado effect. Having this type of carb cap makes for a well-balanced and even burn for your concentrates. There are two holes in the carb cap. The first is on the top, and the second connects to the riptide slits for better carb adjustments.